Hey gang! Be sure to check out our friend and 2009 Abu Dahbi Champion, Braulio Estima, as he makes his MMA debut tonight at Shine Fights. Braulio will be taking his top level BJJ into the cage against Rick Hawn, who is an Olympic level Judo player and undefeated in his young MMA career. The fight will be contested at a catch weight of 180 pounds, with both fighters having made weight yesterday. Shine Fights is an up and coming promotion and this card will be available on PPV.

Also tonight, the Gracie name returns to the cage, as multiple-time World Champion, Roger Gracie, makes his first appearance for Strikeforce. Roger will be taking on former UFC Heavyweight Champion and NCAA wrestler, Kevin Randleman. This should be an exciting fight pitting The highest level of BJJ vs world class wrestling. The fight will be at light heavyweight and airs on Showtime at 8 p.m. tonight.

Be sure to follow them as they take the next steps in their careers and best of luck to Braulio and Roger tonight! 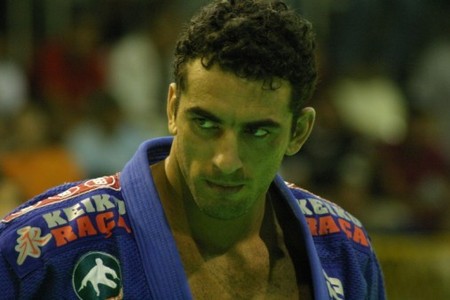